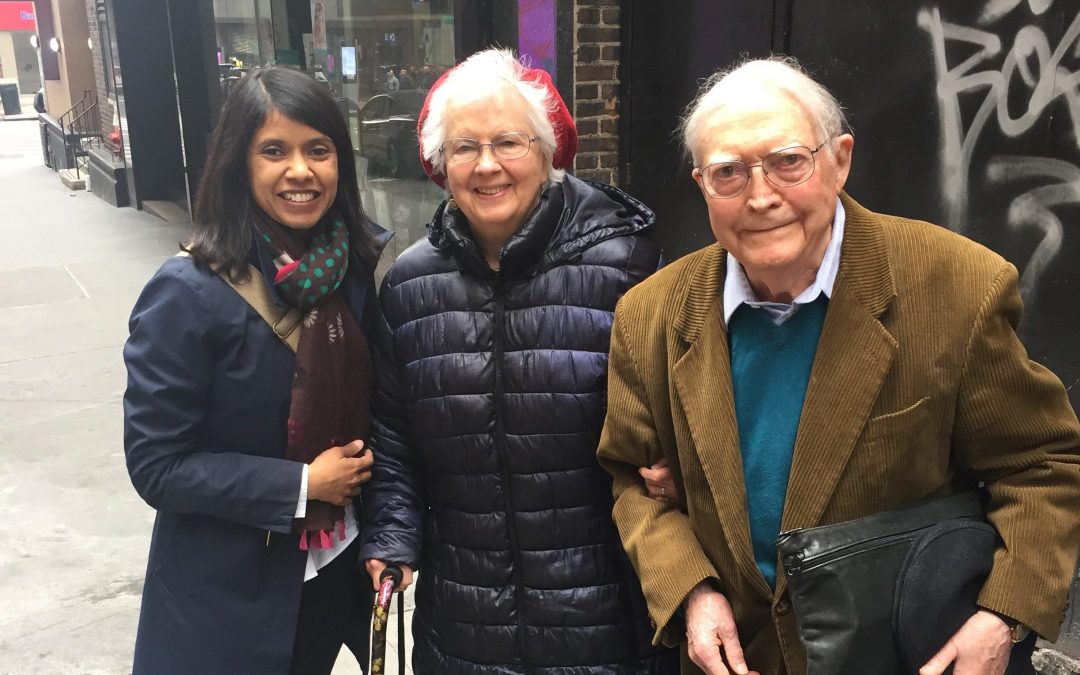 About two years ago, I chanced upon a wonderful translation of a powerful hymn from the Ṛg Veda called Devī Sūktam – a great example of the superb, clever and perfectly rhythmic poetry of the Vedas. What struck me about this translation while reading it was that it seemed to match the “chandas” or the exact number of syllables of the original text in Sanskrit. Incredible!I couldn’t stop myself from investigating who the translator was, which was easy enough thanks to google! The email I sent him that day was my first exchange with the amazing Jean Le Mée, author of the book Hymns from the Rig-Veda. Jean and I eventually formed a lovely friendship and I was able to meet him and his wife Katherine last year while on a trip to the US.Unfortunately he passed away on the 28th of June 2020. Throughout the lockdown period, I called him every evening at 8PM Brussels time, when the customary applause for our health care workers was taking place. It was my daily alarm to call Jean and chant various hymns he would request each day.

Jean had such a brilliant mind, such clarity and a love for Sanskrit and the Vedas that for him was a natural part of being an Engineer. He said of his work that in presenting just a few hymns in his book, less than one-hundredth of the whole of the Ṛg Veda – was simply to make available a sampling of its profundity and splendour. But as a translator, he was painfully aware that this was like trying to convey the rich texture of a symphony by hesitantly whistling its theme.

I thank all my friends and our student community who joined me on 19th July, Sunday morning, so I could share this tribute to my friend Jean Le Mée.

My very special thanks also to his wife, Katherine Le Mée.

Here’s the replay of the online tribute.

Jean was a friend, he was brilliant and had a beautiful heart l will miss him.

Dear Katherine, sorry to hear about your loss.
Wish you all the best.
Love, Lise

I am very impressed your all posts and blogs
https://ludoskill.blogspot.com/2021/02/win-and-earn-while-you-chill-welcome-to.html